Principles relating to the Status of National Institutions (The Paris Principles) 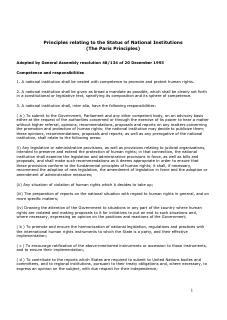